An interview with C.B. Logan, Author of The Awakening series 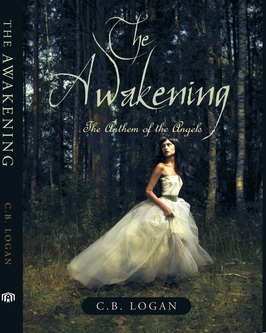 Young Adults are the target audience of this action-packed series.

D.H.:  What inspired you to write The Awakening series?
C.B.: I have had the story in my mind for years, just stopped writing a few years ago when I began college for Anthropology.  One day I decided to sit down and began hammering out the words on the keyboard.  It was surprising how book one and two flowed out from my fingertips.

D.H.: Your protagonist, Dakota Warren, has a strength to her that I admire.  Did you model Dakota after anyone in particular?
C.B.: My grandmother worked for the Army many moons before I was born.  When she died I found all these "secret" documents that were surprising and showed how she was a strong woman during World War Two.  I remember her telling stories to me that I believed to be false but when I saw the paperwork from the government I was actually shocked.  So, Dakota is my grandmother.

D.H.: In The Anthem of the Angels, the first book in The Awakening series, what do you think was Dakota's biggest challenge?
C.B.: Coming to terms that she was adopted I believed was far more challenging to Dakota than realizing she could communicate with the dead.

D.H.: If you could choose one of your characters to bring to life, who would it be and why?
C.B.: Definitely Ryland Shively: he's so hot... lol

D.H.: Sometimes characters take on a life of their own, and despite the author's wishes, seem to have their own agendas.  Did any of your characters give you a hard time during the writing process?
C.B.: Alan Drake was the hardest character to come to terms with.  I was walking a thin line with the religious aspect of his background when writing the book.  Book two: The Awakening: The Anthem of the Damned was even more controversial than book one.

D.H.: What emotions do you expect your readers will go through while reading your books?
C.B.: So far what I am receiving from my readers is the anticipation of what comes next, and then again, what comes next.  I keep readers glued to the pages and they cannot put the book down.  I think excitement is a great word to use.

D.H.: The Anthem of the Angels has some themes and characters that are drawn from Christian mythology.  Some examples are fallen angels and the 7 seals of the apocalypse.  Did you need to do any research to help you incorporate these elements?
C.B.: I researched for three months before sitting down to write the book.  Not only the mythology part of the book, but the research of Astoria (my home town), the cemetary (which actually exists) and Ryland and the other ghosts (who are actually deceased individuals I found in the cemetary).  I was walking a fine line when writing about angels and the apocalypse but was pleasantly surprised to find that readers were okay with the whole thing.

D.H.: What can you tell us about yourself that may surprise your readers?
C.B.: I actually hate to read books.  Sorry, but this is so true.  Maybe when I am finished with my Anthropology degree I can have the time and patience to read again.

D.H.: I'll often listen to music to get myself into the mindset for writing.  Is there anything in particular that you do to jumpstart your creativity?
C.B.: I do the same thing.  Thirty Seconds to Mars always gets me pumping to write. 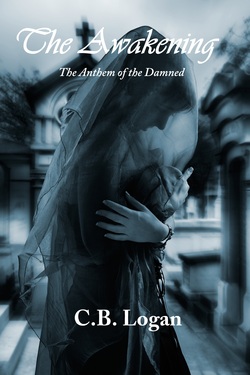 D.H.: What is your greatest fear?
C.B.: Oh, what every writer fears: someone will hate their work.

D.H.: Your second book in the series, The Anthem of the Damned, is scheduled to be released this Winter.  Will you tell us about it?
C.B.: It is the continuation of book one of course.  We find Dakota Warren dealing with her pregnancy and fighting Alan again for control.  If I say any more I will ruin the surprise!

About The Awakening Series

CIA Officer Dakota Warren is fatally shot and killed in an attempt to rescue the granddaughter of the President of the United States. But then in the morgue she awakens, shocking the doctors, nurses and her fellow officers.

Her horror did not stop there; now the dead plague her night and day.  Ghosts, fallen angels, demons and other creatures of the dark hunt Dakota and want what she took from the other side: the ability to resurrect the dead.

With the help of special 'friends' and the love of one man that has been dead for over a century, they will fight an epic battle to the stop Armageddon and prevent the Apocalyptic Riders from breaking their seals prematurely.

Follow Dakota on an epic journey of discovering her true destiny and forbidden love. The battle between good and evil that could tip the balance of the world is now in her hands.
Check out one of C.B.'s book trailers:

C.B. Logan first started writing at the age of six, after her mother took her to see "Star Wars" for her birthday. She came home and wrote a three-page sequel in crayon. Afterwards, she continued to write throughout her life. After her grandmother's death in November of 2009, C.B. decided to fulfill her grandmother's last wishes to reveal her work to the world.

C.B. grew up in the beautiful Pacific Northwest. She is finishing up an Anthropology Bachelor's degree. Expect more The Awakening novels from C.B. Logan in the near future.