Heather's also been kind enough to host me on her blog.
To read Heather's interview with me, click here.

An interview with Heather Cashman, Author of Perception

D.H.:  Hi Heather.  Thank you so much for dropping by (in a virtual sense...) to do this
interview.  I’m excited to learn more about you and your paranormal thriller, Perception.  What prompted you to write a book based on a re-formed (genetically modified) society from a post-apocalyptic future?
Heather: I have a degree in Biochemistry and cousin with a genetic disorder, so the idea of genetics fascinates me. Another major influence is novels where people speak telepathically to dragons. I didn’t want another dragon novel, so I decided to write about other animals who are telepathically linked to a human companion. And sometimes, I really wish I could talk to my dog.

D.H.: What do you like most about Perception?
Heather: I love the idea that other living things are considered human. I have a great respect for living things and the ways all of us benefit from the balance of nature. I believe that we could learn a lot from observing other living beings.

D.H.: Do you have any unusual writing habits or quirks?
Heather: I can’t think of any, though I usually avoid eating when I am writing. I forget. I also have almost no outline and just have certain scenes and know the endgame. How I get there is up to the characters.

D.H.: If you could offer some advice to a struggling or novice writer, what would it be?
Heather: Brace yourself, steel your nerves, and use the other end of your quill like a porcupine. Writing is something that a person should only do if it is necessary to their mental well-being. If that’s the case, then just keep trying until you find something that works. Google for sites to review. Most of all, be yourself.

D.H.: Can you tell us about any of your upcoming projects?
Heather: I am currently working on finishing Deception, the second book in The Tigers’ Eye Trilogy as well as an Urban Fantasy series set in upstate New York.

D.H.: If your main character, Ardana, had a theme song, what would it be and why?
Heather: The Eye of the Tiger. She’s a fighter, and it was too funny to pass up.

D.H.: Thanks again for taking the time to tell us about yourself and your work, Heather.  I wish you every success with Perception!
Heather: Thanks for hosting me! It’s great to get to know you as well. 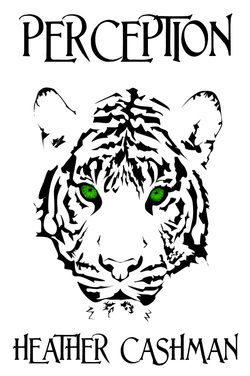 Your perception will sharpen once you see through a tiger’s eyes.

More than five hundred years after the apocalypse, the survivors of off-grid genetic experimentation have refined their mixed DNA to the point that humans and their animal counterparts share physical and mental links. Varying species have divided into districts, living in a tenuous peace under the President of Calem.

Ardana and her tiger ingenium Rijan leave their life of exile and abuse in the Outskirts, setting out with their twin brothers to redeem themselves and become citizens of the Center. But shedding their past isn’t as easy as they had hoped. When the system that shunned them becomes embroiled in political conflict and treachery, their unique abilities and experiences from the Outskirts make them invaluable to every faction. The runaways become pawns to friends as well as enemies, and with every step it becomes more difficult to tell which is which.

Link to purchase Perception or download a sample: Perception 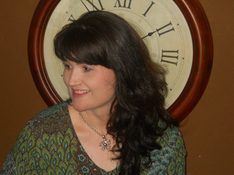 Heather Cashman graduated from the University of Arizona with a Bachelor’s degree in Biochemistry but has always loved to write, winning her first contest in the second grade.  Married since 1992, she has three unique children and has moved from Arizona to New York to Kansas. She loves to kayak and canoe down the windiest rivers she can find. She welcomes opportunities to visit schools, libraries, and book groups in person or via Skype.  Born in Tucson, Arizona, Heather currently lives near Wichita, Kansas with her husband and three children.